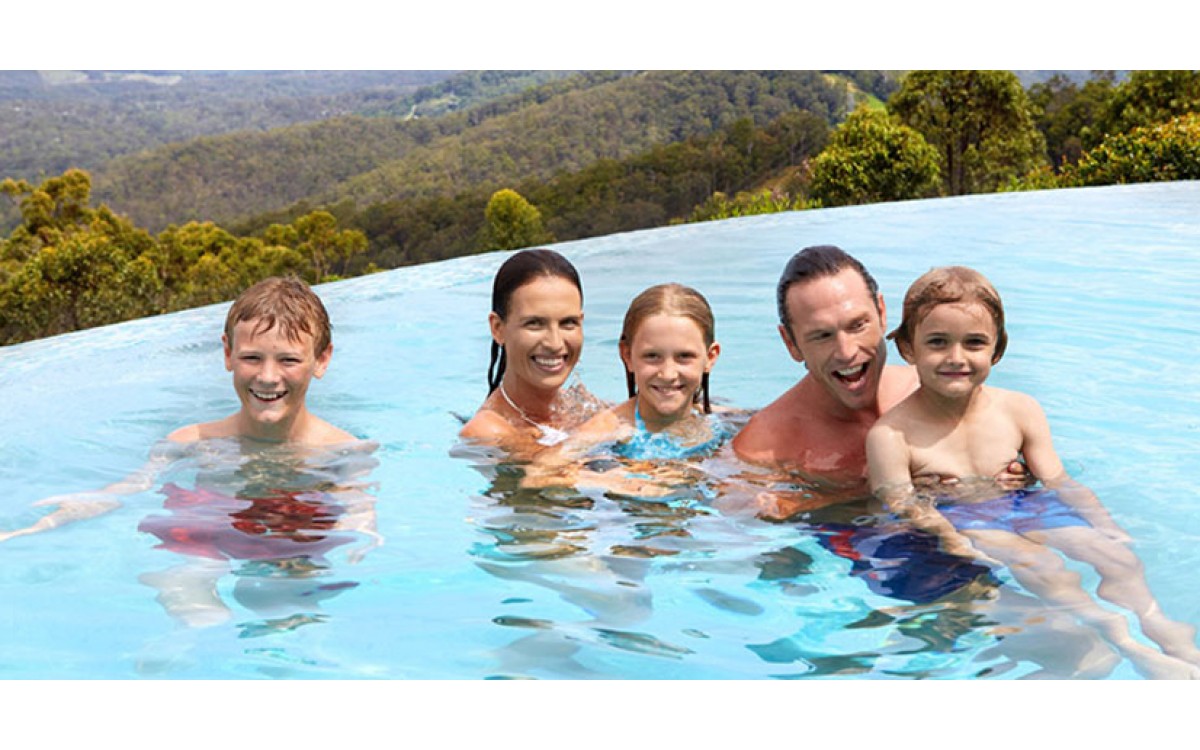 We’ve talked a lot in these blogs about the environment and the negative effects swimming pool chemicals can have. We have addressed the controversial issues of using chlorine for swimming pool sanitation and the potential dangers to human health. Now, for a change, we’d like to focus on the swim part of Enviroswim and talk about the many benefits of getting into the pool this summer.

Wilson probably didn’t know this in the 19th century, but all that happiness was due to the release of feel-good chemicals known as endorphins — one of swimming’s most pleasant side effects. In addition to a natural high, swimming can also evoke the relaxation response the same way yoga works on the body. This is due in large part to the constant stretching and relaxing of your muscles combined with deep rhythmic breathing.

Swimming offers something no other aerobic exercise does: the ability to work your body without harsh impact to your skeletal system. When the human body is submerged in water, it automatically becomes lighter. When immersed to the waist, your body bears just 50 percent of its weight; dunk yourself to the chest and that number reduces to around 25 to 35 percent; with water all the way to the neck, you only have to bear 10 percent of your own weight. The other 90 percent is handled by the pool.

This means that the pool provides an ideal place to work stiff muscles and sore joints, especially if you’re overweight or suffer from arthritis. In its recommendation for the right types of exercise for people with arthritis, the Arthritis Foundation suggests those that stretch muscles, those that strengthen muscles, and those that provide an aerobic workout. A few laps in the pool combine all three!

Unlike exercise machines in a gym that tend to isolate one body part at a time (like a bicep curl machine, for example), swimming puts the body through a broad range of motion that helps joints and ligaments stay loose and flexible. The arms move in wide arcs, the hips are engaged as the legs scissor through the water, and the head and spine twist from side to side. Plus, with every stroke, as you reach forward, you’re lengthening the body. It not only makes it more efficient in the water, it also helps give you a good stretch from head to toe. In addition to toning visible muscles like pectorals, triceps, and quads, swimming also helps improve the most important muscle in our bodies: the heart.

As swimming is an aerobic exercise, it serves to strengthen the heart. It not only helps it to become larger but makes it more efficient in pumping – which leads to better blood flow throughout your body. Research also shows that aerobic exercise can combat the body’s inflammatory response as well.

Swimming is now recognized as one of the biggest calorie burners around, and it’s great for keeping weight under control. The exact number of calories you burn, of course, depends on your own physiology and the intensity with which you exercise.heart. It not only helps it to become larger but makes it more efficient in pumping -which leads to better blood flow throughout your body. Research also shows that aerobic exercise can combat the body’s inflammatory response as well.

What’s more, studies have shown that aerobic exercises like swimming can also keep your endothelium in good shape. What’s your endothelium, you might wonder? It’s the thin layer of cells that lines your arteries, and it tends to lose flexibility as you age. In one study of people in their sixties who participated in aerobic exercise, however, endothelium function was found to be equal to those 30 to 40 years younger. The theory is that because aerobic exercise causes arteries to expand and contract, it keeps them fit.

Finally, it seems that swimming can help you avoid dying prematurely. Researchers at the University of South Carolina followed 40,547 men, aged 20 to 90, for 32 years and discovered that those who swam had a 50 percent lower death rate than runners, walkers or men who got no exercise.

“Most of the regular bathers come early in the morning. A lot of them are in their eighties and look sixty.” – Roger Deakin Waterlog