How Do You Create the World’s Cleanest, Greenest, Safest, Most Effective Sanitiser?

Home Uncategorised How Do You Create the World’s Cleanest, Greenest, Safest, Most Effective Sanitiser? 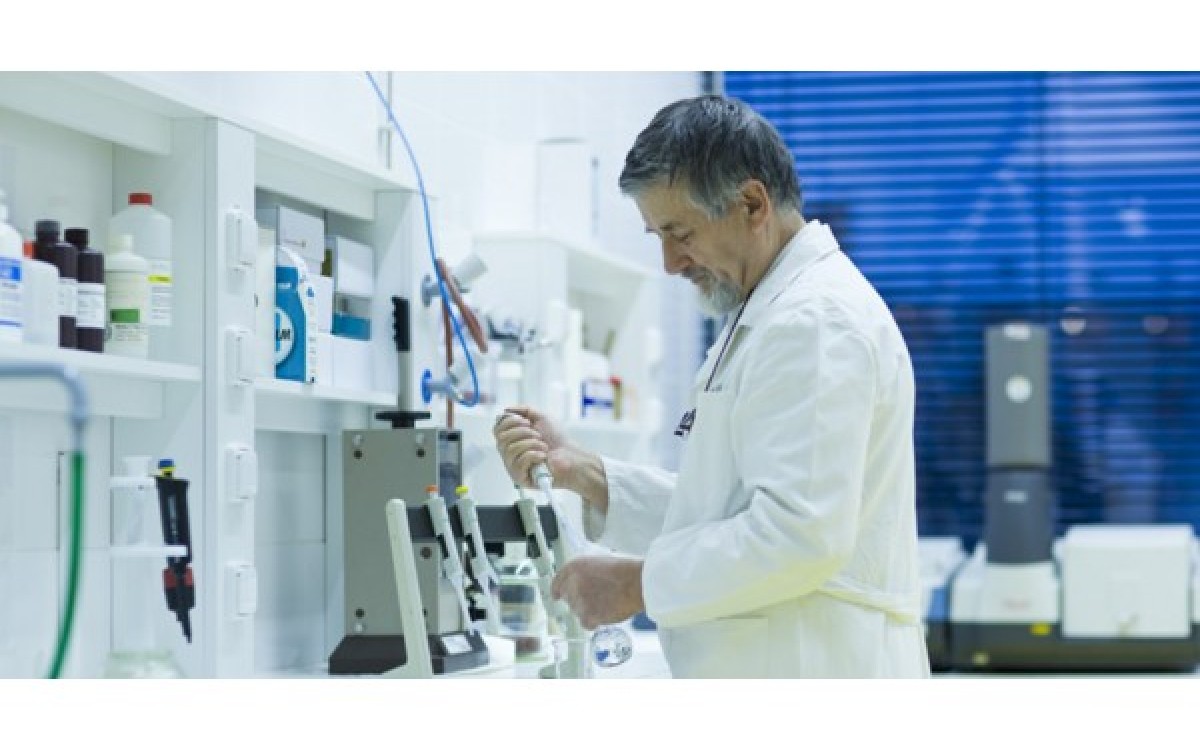 This is the extraordinary story of two men who started out in their garages experimenting with ways to sanitise swimming pool water without having to add loads of toxic chemicals. Given how much evidence there is about the hazardous side-effects of chemicals such as chlorine and hydrogen peroxide and how much we all detest the smell, the feel and the taste of these chemicals, you’d think that if their invention worked it would be an enormous success. On the contrary, it’s been an endless battle with vested interests.

The story began in 2000. Working from their homes in Queensland, Phil Jones and Gary Stutt began developing a unique system using the ancient properties of copper and silver and combining them with the very latest in ionization techniques. The good news was: it worked. Not only did it work, it far exceeded chemicals in efficacy. The bad news was: they were up against a vast industry that was based on the continued use of these same chemicals. Not only that, it was a very messy industry – a free for all that was barely regulated and manufacturers could self-assess and make exaggerated claims about their systems. But you can’t keep a good product down – especially when the creators of it are determined to do everything right.

They decided to call the system Enviroswim because it’s not only good for bathers it’s also good for the environment. The first step was to get the appropriate accreditation. They contacted the local authorities only to discover that Queensland had no provision to do the tests. They were referred to the health department of New South Wales who put them in touch with a government NATA laboratory.

Initial testing was conducted following the guidelines for measuring the efficacy of a disinfection product drawn up by the NSW Health Department (“Treated Water Public Swimming Pools and Spa Pools New Disinfection Process Criteria”). The guideline required a 4 log reduction in Pseudomonas Aeruginosa – one of the most common bacteria found in swimming pools – within 30 seconds of exposure to the disinfection system.

They commissioned the laboratory to follow the guidelines and conduct back to back comparison tests on chlorine and Enviroswim. The results were amazing and somewhat surprising. At a level of 2.0 mg/L chlorine could not meet the required 4 log 10 reduction of PA in 30 seconds, it could not even meet the reduction in 15 minutes! By contrast the Enviroswim system achieved a 4.96 log reduction in 30 seconds and total inactivation within 2 minutes. So not only does chlorine have hazardous side-effects, it doesn’t even do the job as well as Enviroswim. This was conclusively proven by an independent laboratory. The time for experimenting in the garage was over.

They were able to persuade one of the biggest and oldest commercial pools in Brisbane to install the Enviroswim system. It was a great success. After the first year, the efficacy of the system was so impressive they were invited to install the system in the Chandler Aquatic Centre, the Hibiscus and Centennial swimming pools. Enviroswim was used in these pools for several years and the system worked faultlessly. Word was beginning to spread and the word was good.

Consequently, the system was scrutinized very closely. They had micro-biological tests done on a monthly basis and not once did they have any problems. The benefits of the system were many. Bathers who could not tolerate the side effects of chlorine were able to enjoy swimming once more. Swimming instructors could go back to work. Just the feeling of bathing in fresh, crystal clear water brought immense joy to thousands of people using these pools.

Then, Enviroswim were contracted by Queensland government to work as consultants. They were asked to look at a specific problem. The trouble with adding more and more chemicals to pools is that the Total Dissolved Solids go up. As the amount of TDSs increases it becomes a real dermatological problem for bathers. The challenge was to reduce the TDSs without diluting the water. Rising to this challenge, Phil and Gary improved the efficacy of their system and came up with the ES3. They introduced ultrasonics and electronic ionization to the existing combination. It was a real eureka moment.

They applied for a patent and for government funding. It was a scheme called COMET – the commercialization of emerging technologies – and Enviroswim fit the bill perfectly. It was a technological innovation with enormous commercial potential. So they were granted $250,000 to develop the product. They applied some of that money to do further efficacy testing in the laboratory. They immediately discovered that the Enviroswim ES3 could not only meet the efficacy requirements, it far exceeded them.

Then, one day they got a phone call from someone in the Queensland government asking if they were aware of the APVMA. This is a government agency and they had been in touch with the Queensland authorities about the use of Enviroswim in Brisbane swimming pools. The next day they received a fax telling them to “cease and desist”. They had to recall the product and if they failed to do so would face criminal prosecution. They had to pull the product from the shelves.

The two partners were shocked and stunned but they were not going to be stopped because they knew they were in the right. They contacted their mentor from the COMET scheme. His advice was to go and have a face to face with the people in Canberra. It became apparent at that meeting that the APVMA were beholden to the chemical lobby. It was obvious that Enviroswim were being shut down because they had created a product that broke the dependency on chemicals for pool sanitation.

The Best You Can Get

Phil and Gary came out of that meeting more determined than ever to fight the good fight. But, several months later, after considerable stress on both men and their families, they had to throw in the towel. “You can’t fight City Hall.” Yet driven on by the certain knowledge of the superiority of the product, they began to look at other markets, specifically the USA. To assure entry into the American market, the best you can get is the NSF accreditation. This is the most prestigious approval for water treatment in the world and the hardest to achieve.

Phil spent years in the States working with the appropriate people to get NSF approval. Finally, in 2009, Enviroswim was awarded the NSF accreditation. The global financial crisis at that time made it well nigh impossible to do business in America and so they pulled back. But the time had not been wasted as they now had the all-important NSF accreditation – something that no other Australian company has been able to achieve.

By this time a lot of things had changed in the industry. At the beginning of the century, there were no alternatives for sanitation. It was chlorine, chlorine, chlorine. Since then, people have become much better informed about alternatives. The internet has put the power of information into the hands of the people. A growing awareness of the dangers of chemicals and the gathering momentum of the green movement were having a real impact on all kinds of businesses – including the swimming pool industry.

Stick On A Green Label

However, the way the industry has responded is not to create genuine new innovations like Enviroswim. What they’ve done is to re-invent old products and stick a green label on them. They’ve changed the branding but the reliance on chemicals has not changed. They call salt chlorinators “mineral pools” but they’re still chlorinated. More recently, they’ve introduced inefficient and hazardous chemicals like hydrogen peroxide and are marketing them as clean and green and environmentally friendly. It’s no wonder that Phil and Gary get hot under the collar. It’s lucky for them that they have beautiful, crystal clear water in their swimming pools to cool off!

The latest development in the Australian swimming pool industry is a company called Waterco who have introduced a new sanitizer called Hydroxypure. For some reason, they are being given an easy ride by the authorities who are allowing them to bypass the laboratory test phase put in place by the APVMA designed to prove the effectiveness of a new sanitiser system before it can be used in public pools. The Enviroswim team is understandably outraged by this latest development as not only is it not effective it’s downright dangerous. The use of hydrogen peroxide for swimming pool sanitation is banned in the USA, the UK and most Australian states. The Attorney General has even put out an alert about hydrogen peroxide as it’s the main chemical that was used by the London bombers. Yet it’s being installed in public swimming pools in Brisbane.

What’s even more galling to the makers of Enviroswim is that for years the APVMA web site has displayed the recall notice from 2002, that their product had to be recalled. All their competitors have been using that as an argument against them claiming that the system is not safe. Talk about misinformation. Knowing that the system has been scientifically proven to be the safest and the most effective on the market, they are more determined than ever to set the record straight. TO BE CONTINUED…