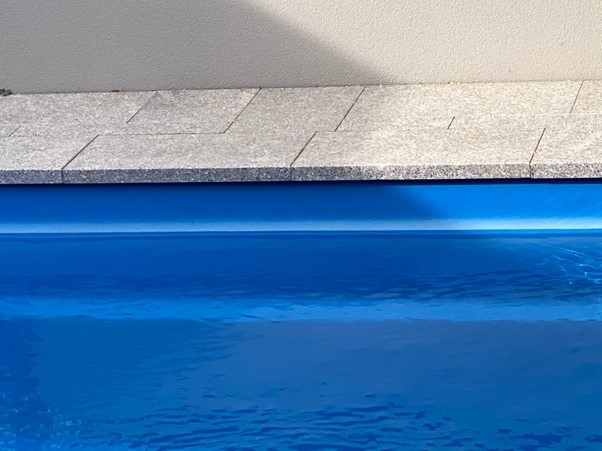 We have received a number of enquiries from people recently thinking of installing fibreglass pools and asking whether the Enviroswim Sanitisation System might cause problems with the gel coat surface of the pool.

There have apparently been widespread problems throughout Australia and overseas with the deterioration and loss of colour of fibreglass pool surfaces, often within a very short space of time. There are many posts online by affected customers, complaining about this problem and the refusal by the pool builder to honour warranties.

The pool builder has claimed the failure is caused by the pool sanitation system being used by the customer, whether it is salt chlorination (most of the reported failures), normal chlorination systems or a freshwater system, like Enviroswim.

We do not agree.

Generally, it is our view that any sanitsation system properly used should not cause any failure of the surface of a fibreglass pool if the gel coat is of an acceptable standard. It is more likely that the failure may occur because the gel coat itself is not fit for purpose.

However, we can speak with particular authority about the Enviroswim System and reject any claims that our system might be the cause of such problems.

The Enviroswim System has undergone rigorous testing both in Australia and overseas in which the system surpassed all efficacy and operational requirements for sanitizing and maintaining swimming pools. The testing was carried out on all commercially available pool surfaces.

The Enviroswim System achieved NSF50 accreditation in the United States in 2009, being the most prestigious and most difficult accreditation to achieve worldwide. There is no other freshwater system that has achieved this accreditation.

There is no evidence from this intensive testing that the Enviroswim System has had any adverse effects on any type of pool surface, so it can be safely used with any pool type.