100 Years Since the First Use of Chlorine Chemical Weapons!

Home Uncategorised 100 Years Since the First Use of Chlorine Chemical Weapons! 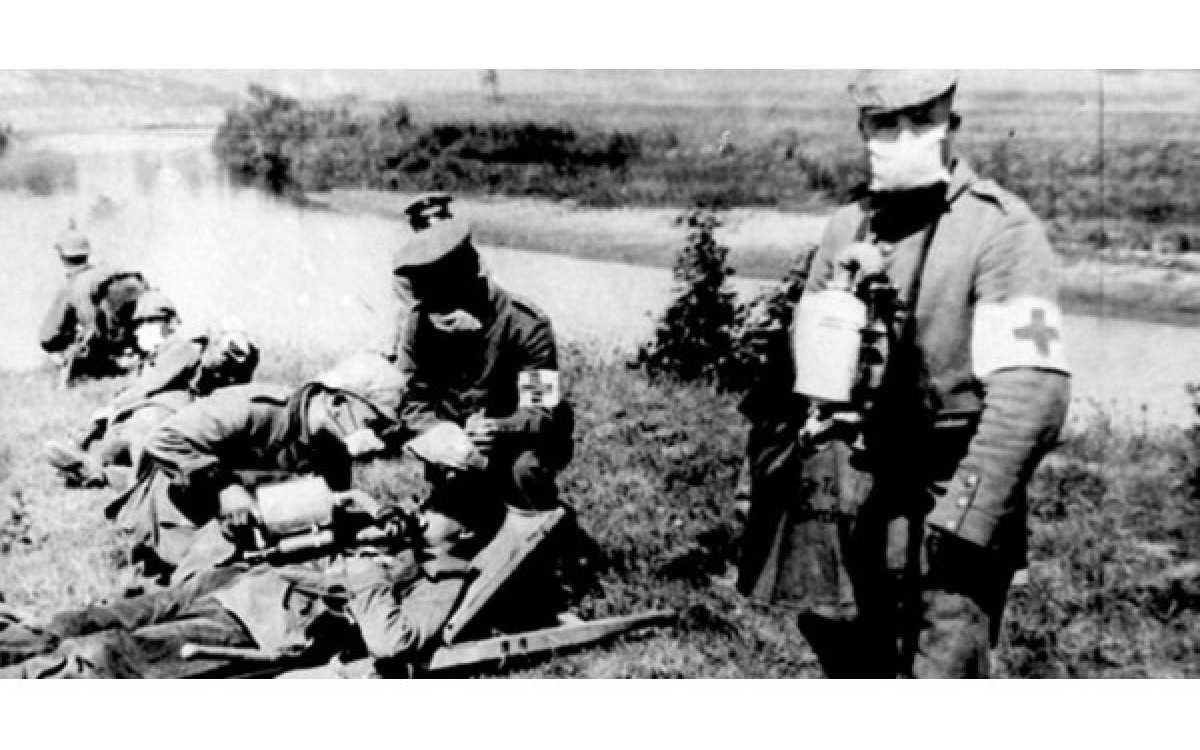 Today marks a sad reminder of the first use of chemical weapons in chlorine gas attacks which affected thousands of victims!

Back in April 1915, German forces launched their first attacks using gas, of which over one million soldiers were exposed and over 90,000 killed.

Due to the toxic nature of chlorine and other harmful gases, the world’s nations signed the Geneva Protocol in 1925, pledging never to use gas in warfare again, however 100 years on it’s still being used.

“Seven years after signing the Protocol, Italy dropped mustard gas in bombs during the invasion of Ethiopia.

Troops sprayed it from planes and spread it in powdered form on the ground. Around 150,000 chemical casualties were reported.

The global chemical weapons watchdog is also investigating allegations the gas was used to carry out fatal attacks in Syrian villages.

Activists have accused the Syrian regime of using chlorine – a toxic agent that can be considered a chemical weapon – on civilian areas in the past.

There is also evidence to suggest ISIS is using chlorine gas as a chemical weapon in its battle, Kurdish authorities have claimed.

Peshmerga forces discovered ’20 gas canisters’ loaded on the back of a truck involved in a suicide bomb attack in Iraq on January 23, officials said.

In October chlorine-filled cylinders were also discovered during clashes in the towns of Balad and Duluiya.

And reports from the Syrian border town of Kobani suggested the extremist group added chlorine to an arsenal that already included heavy weapons and tanks looted from captured military bases earlier this year.”

The question is, WHY is chlorine still being protected and should we really being using such a toxic chemical to clean our pools?

View an interesting video from a historian about the enormous effect on chlorine gas in WW1.